Skip to content
This story is not being shared to create any controversy. Through this story; we are analyzing the main reasons behind this case in order to create awareness among people so that such issues can be overcome in the future.
When it comes to abuse, it can take different forms like physical, emotional or even sexual. In children, the Abusive relationship sometimes becomes hard to recognize and even there are many of them who stay in such a relationship for years without knowing that they are trapped in.
The same thing happened to a girl who has grown up into an adult now but still she can’t get rid of those old, bad memories. Before starting to explain what happened to her and why it has happened, it is important that you should be familiar with this sexual harassment campaign. In this society, where the cases of sexual abuse are increasing day by day, every single person has a set of responsibilities and so, through this sexual harassment campaign, we have taken a step forward to provide the sufficient awareness to the victims of sexual harassment and also to assist them.
We are basically running this campaign through a Facebook group that contains more than 10,000 women belonging to different lifestyles like some of them are housewives and many are working ladies as well. This group is not only for the victims but in fact, it is for the parents as well. If the parents get aware of their responsibilities in this regard, then half the battle is already won. We deal with many sexual harassment cases on a daily basis and this lady is one of those who shared her story.
She was the one who really appreciated our startup and she shared her story for the first time ever with anyone for which, we feel proud. She requested not to mention her name because she told us that she was going to share her story with us to create awareness among parents so that they can come to know how disturbed the victims of sexual harassment get mentally for the lifetime and to decrease the ratio of such cases in the future.

Not an outsider but her brother harassed her sexually:

She was harassed by her elder brother when she was 15 years old. He used to touch her private part and he used to force her and to convince her for those bad activities. In order to protect herself, she used to scream and ran away. She was so afraid of the situation that she didn’t even have the courage to share the issue with her Parents. Further, she told us that her brother was not the first person to harass her sexually but before that, she had been harassed by two more people in the past.

She wrote to us, “When I was 5 years old, I was abused by the servant whom my parents trusted the most. Both of my parents had a job and they used to leave me at home under the supervision of the servant who gave me an evil eye always. When I was in the kitchen, he used to touch and hold my body. At that time, I was so young that I could not realize that the servant was harassing me sexually but I used to feel that it was a bad touch.” Another time, she was sexually abused by her uncle at the age of 10 about which, she explained, “My uncle abused me once. He touched my private parts through which I felt uncomfortable and I haven’t liked it but I couldn’t stop him. He did all this only once but it ruined my whole life and trust in the relations. I started to feel the irritation and when I showed offensiveness from that uncle in front of my parents, they just ignored me thinking that I was just insisting to stay with my parents and nothing else. Hence they did not take the matter into consideration and my uncle was given a free hand to do anything to me.”

The time kept on passing away and many things had changed around her with the passage of time. The only thing that she could not change was those bad thoughts that she could never delete from her memory. Her brother got married a year ago and now he is mature enough. He doesn’t even try to harass her now as he is having a good relationship with her wife and his life is complete but what about that poor girl who has lost her confidence! Who has lost her trust in the men! Whose social circle has been affected and who cannot even interact with the people!

Who was responsible for sexual Abuse to her?

Now when you have read about her story how she became the victim of sexual abuse when she was a child, you would be able to answer the question “Who was responsible for sexual abuse to her?” Was that her brother who was responsible? Was that the uncle or the servant to be called as accused? There is no doubt they were mainly the accused people but most importantly, it happened because of the negligence of the parents. An analysis of her story is very important to catch the roots of this sexual abuse incidence.

Analysis of this Sexual Harassment story:

The purpose of sharing this story is not getting views and shares but to analyze why this issue happened to her. She told clearly that both of her parents had their jobs and it means that she used to spend her maximum time with the servants, brother or anyone else. Therefore, here are the few reasons that we have come to analyze from her story.

In almost 93% child sexual abuse cases, it has been found that parents are working and because of their jobs and tough work routines, they are unable to give time to their kids. Ultimately, the gap between them and the kids’ increases and they do not feel comfortable to share such issues with the parents. Therefore, even if the parents are working, they must keep an eye on their kids. After all, they earn for the kids and even if they are being neglected then there is no worth of their jobs.

The parents should not leave their kids alone even with the close relatives. Everyone is alert these days about what’s happening in this society. There are many child abuse cases in Pakistan in which the accused person was the close relative of the victim. Therefore, no matter how innocent or trustworthy are your relatives, do not let your kids stay alone with them.

It has been observed that working parents leave their kids in the supervision of servants, cooks or even drivers. These people may keep an evil eye on your innocent kids and can harass them in any way. It’s better to pick and drop your kids to school yourself otherwise aware your kids not to sit in the lap of the driver and even not to sit on the front seat with the driver.

4.  Know about your child’s company:

Parents must be familiar with the company of their children. They must know who their child’s friends are and how long they stay together. In fact, they must not be allowed to lock the room when they are with their friends. Also, check their laptops frequently to keep an eye on which sort of stuff they usually watch. In the story of this girl, you observed that her brother used to abuse her at the age of 15 but now, he does not attempt such things. It might have happened because of the reason that at the age of 15 years, he used to see different types of porn stories and he tried to have such a relation in real life. Therefore, try to keep your children away from such pornographic stuff.

You found that this girl tried to tell her parents about Uncle but they totally ignored her. It is very important to be very friendly with the children so that they can discuss with you anything comfortably. If you will maintain the barriers between you and your children then it will lead to increase the problems. If your child complains about any person then take the matter into consideration seriously. You must know why he or she is not feeling comfortable with someone and you should make the direct questions to find the exact reason.

These are the root causes due to which all that sexual abuse happened to that innocent girl. It’s important for the parents to know about these causes so that they can prevent their own children from being the victims of this bad evil. Sexual abuse is not just physical but in fact, it is emotional as well that breaks the personality of the victim, that pushes the victim towards the complex. Of course, you don’t want to push your children towards that complex so it is the time to commit to yourself not to leave your kids unattended anywhere. Even if your child is with the close relatives or cousins, still he/ she are “unattended”. It is only you who has to supervise your kids and no one else! 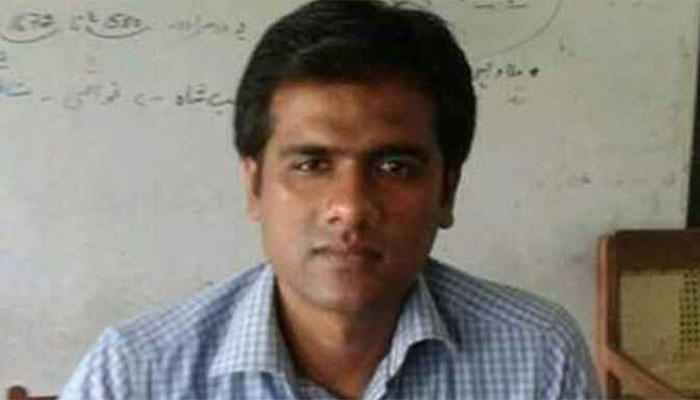